Isabelle Arsenault is a Québecoise illustrator, originally from Sept-Îles (the northernmost town in Quebec with any significant population), now based in Montreal. She got a design degree from Université de Montréal but quickly changed gears and became an illustrator.  This, as it turns out, was an excellent idea.

Arsenault started doing editorial and other illustration work, and in a short space of time got a lot of attention for her work as she won several prestigious competitions including Applied Arts, American Illustration, Communication Arts and Grafika. 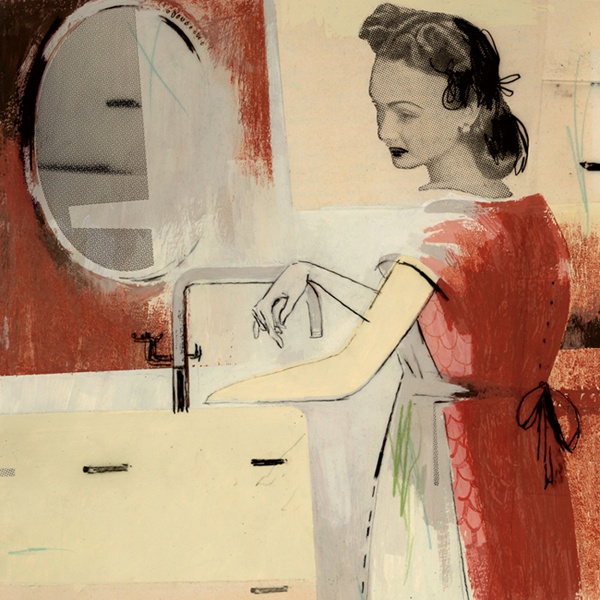 In 2005 she won the Grand Prix Lux in the illustration category (a very prestigious award in Quebec) as well as the Governor General’s Award (the most prestigious award in Canada) for her illustrations for her first children’s book, Le cœur de monsieur Gauguin. Yes, you read that correctly : her first children’s book won the Prix Lux and the GG award.

Le cœur de monsieur Gauguin is the rather sad (and mostly fictional) but uplifting tale of the young Paul Gauguin:

… Young Paul Gauguin sailed from Denmark to Peru with his family: his mother, his father, his sister, Marie, and his odd-looking, imaginary orange dog. At first being on the boat was fun; he loved to walk his dog on the ship’s bridge. Then one day, Paul found his mother in tears; his father had died.

When the ship docked, Paul refused to leave. Then an old man took him by the hand and in a few brush strokes, he had stirred a passion that lay just beneath the boy’s surface. He had shown Paul how to paint, but, more than that, he taught him how to bring his memories to life.
– Tundra Books

A few samples from the book: 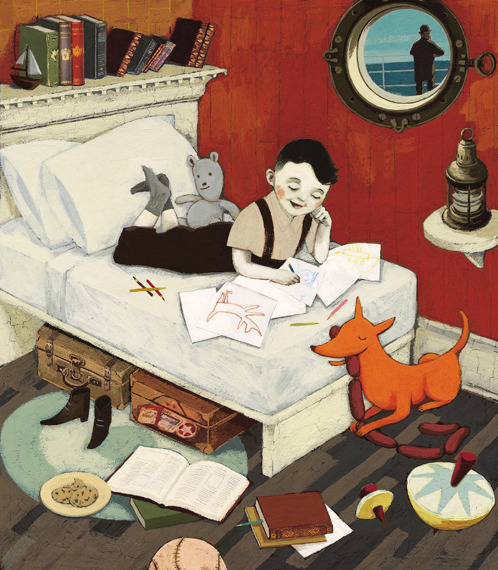 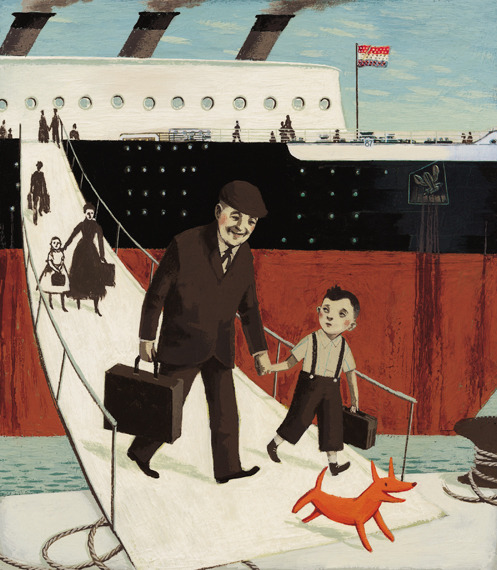 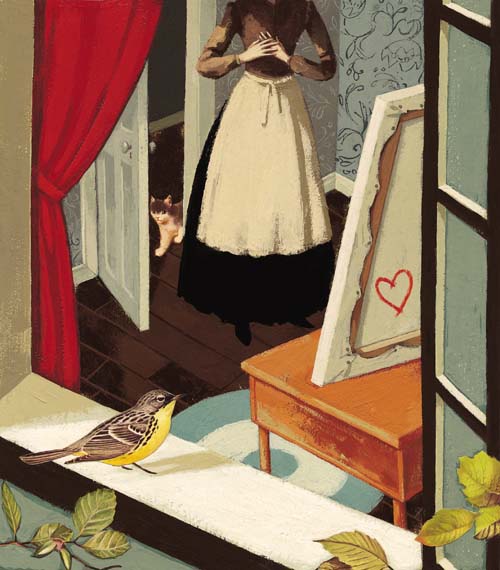 Anyhow, after that first success with children’s books, Arsenault decided that she wanted to change her style to be more kid-friendly.

“This was my first experience with (a) children’s book … That project made me reconsider my style and the main focus of my production to create more for … kids.”
– Seven Impossible Things

Arsenault now works in a more light-hearted, accessible (for kids) style that is very appealing and expressive. Here’s the cover from another of her books, Migrant, one of the New York Times Book Review’s “Best Illustrated Children’s Books” picks for 2011 : 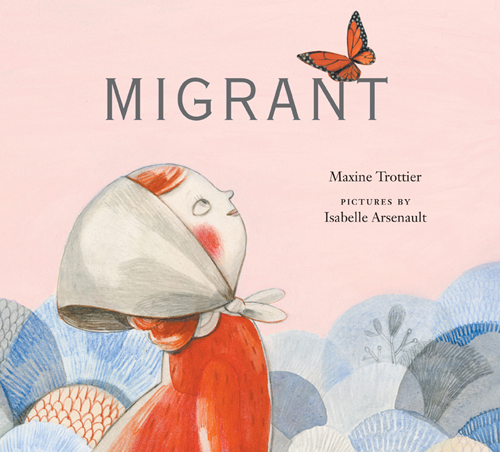 Each spring Anna leaves her home in Mexico and travels north with her family where they will work on farms harvesting fruits and vegetables. Sometimes she feels like a bird, flying north in the spring and south in the fall. Sometimes she feels like a jack rabbit living in an abandoned burrow, as her family moves into an empty house near the fields. But most of all she wonders what it would be like to stay in one place.

Here’s some more of Arsenault’s work in this “kid-friendly” style : 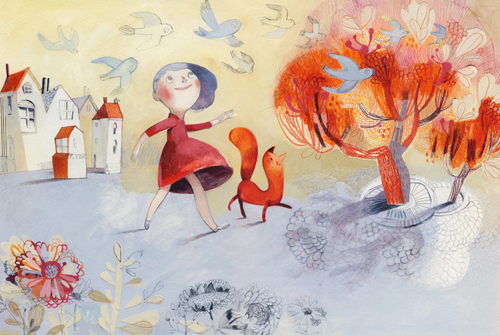 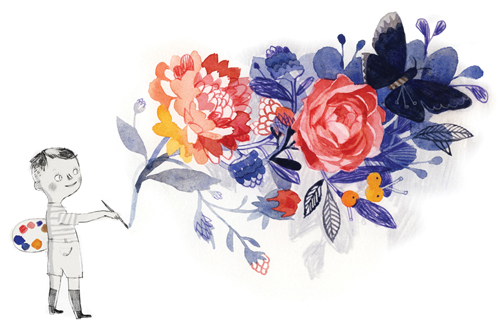 I see from reading Arsenault’s blog that she has just finished a new project, a graphic novel, Jane, the Fox & Me :

I’m finishing today the graphic novel that kept me busy for the last few months.  A hundred pages long, “Jane, le renard & moi” tells the story of Hélène, a girl who finds hope in the world of Jane Eyre to escape the bullying that she is victim of, at school.  Written by author Fanny Britt, the book is coming out this Fall in its original French version, at La Pastèque and good news! – it will also be published in English by Groundwood books, in 2013.

So yeah, Isabelle Arsenault. Super-talented, prolific, versatile, and all-round fantastic. I’m sure we can look forward to seeing lots of work from her for many years to come.

As a final note, here is a charmingly playful piece from Arsenault’s sketchbook : 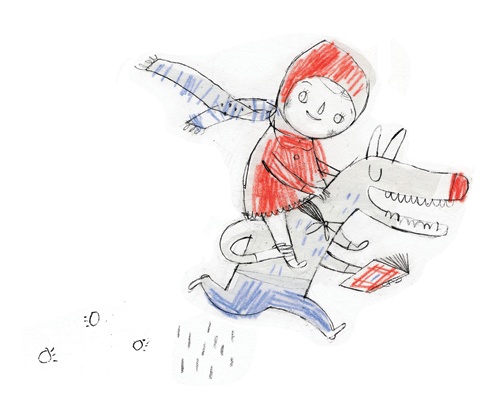