October 17, 2012 · by Ian Rogers · in Calligraphy and Lettering, Drawing, Illustrators, My Sketchbook

Another collective noun – today, an Exultation of Larks. Yes, I know that’s a cheat, but this is the grim reality an abecediarian faces. The variety of lark I chose for this illustration is the Calandra Lark, one of the commonest lark species in Europe. 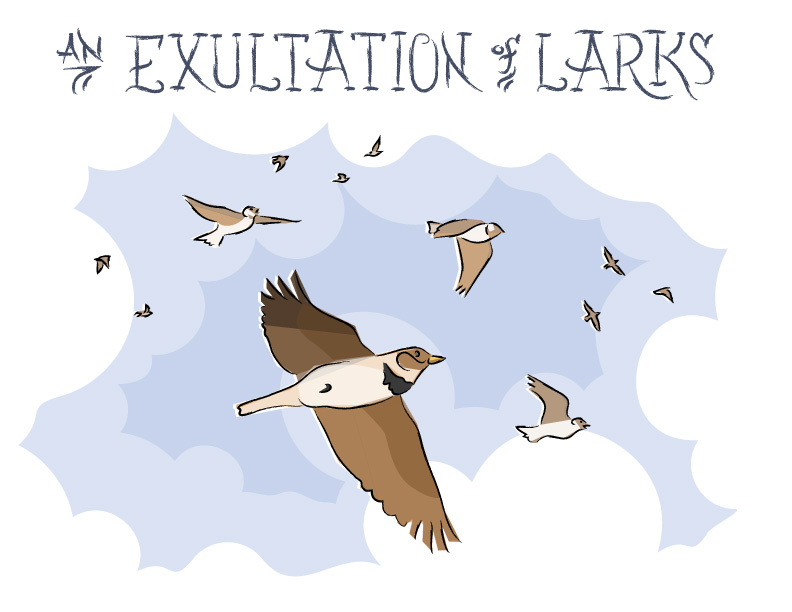 I briefly attended Sir John McCrae primary school in Guelph, Ontario, not far from the poet’s former home. For those of you unfamiliar with the poem In Flanders Fields, it is a poem about World War I, and is where the custom of wearing a poppy on Remembrance Day comes from.

In Flanders fields the poppies blow
Between the crosses, row on row
….That mark our place; and in the sky
….The larks, still bravely singing, fly
Scarce heard amid the guns below.

– from In Flanders Fields, by John McCrae