If you follow graphic design at all, Stefan Sagmeister is probably a familiar name. To say that he is a big deal would be putting it mildly.

Sagmeister was born in Austria and has been a New Yorker on and off since getting a Fulbright scholarship to Pratt in ’87. On graduating, he did 3 years of compulsory service in Austria. In ’91 he got a job as a typographer working for Leo Burnett in Hong Kong, then in ’93 he returned to NYC to work with Tibor Kalman‘s agency, M&Co. When Kalman closed up shop, Sagmeister formed Sagmeister Inc. (recently rebranded as Sagmeister & Walsh) where he produced some of the best graphic design work to come out of the 90’s.

Sagmeister is well known for posters, for instance, as in the iconic (and award-winning) examples shown below. 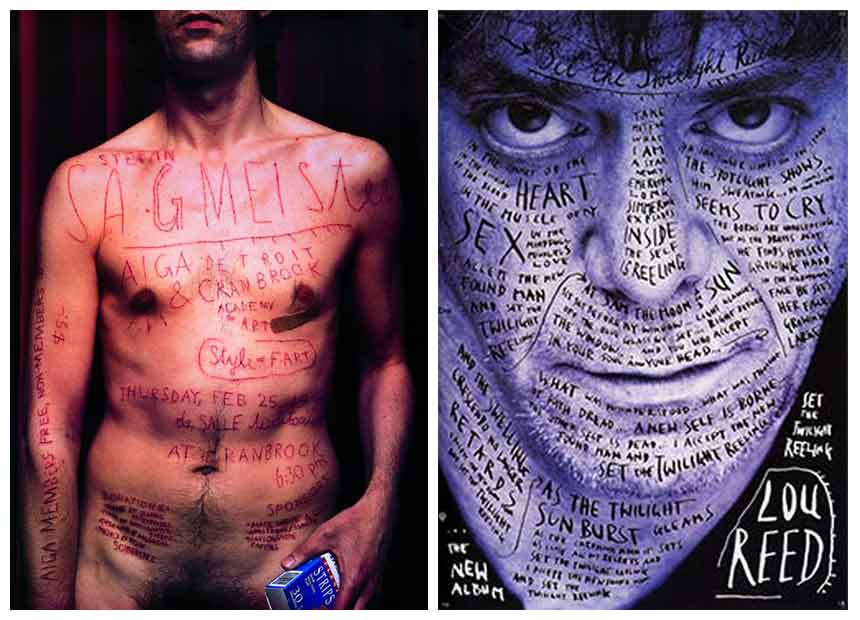 I recently learned about Sagmeister’s work with Hillman Curtis, the respected and sadly recently deceased designer-turned-filmmaker.

Curtis is perhaps best known for his popular Artist Series, which was ongoing from 2005 and featured designers like Milton Glaser, Paula Scher, and David Carson.

His latest project, The Happy Film, is a feature-length film [that] was in production at the time of his death.

So yeah, a great movie loosely based on Things I Have Learned in My Life So Far by Sagmeister about… happiness? Well, sort of.

“The Happy Film” centers around our main subject, Stefan Sagmeister, a New York-based graphic designer known for his rock n roll collaborations and typography. In the course of a year, Sagmeister will experiment with various practices that are widely touted as increasing one’s happiness: meditation, cognitive therapy, and pharmaceuticals.

The documentary will test these various methods during 3 x 3-month experiment periods.  The production team will work closely with a group of health professionals to properly assess Sagmeister’s well-being. Our health partners will monitor Stefan prior to the experiments, as well as participate in occasional check-ups during the course of our 9-month study.

Throughout the film, Sagmeister’s maxims, by way of the book “Things I Have Learned in My Life So Far”, will function as typographical set pieces that related to the ongoing experiments.
– from The Happy Film kickstarter

Wait, what? A Kickstarter link? That’s right. Basically when Curtis died, the film was about 40% shot and quite frankly had run out of money, so the production company and Sagmeister decided to try crowdfunding through Kickstarter. 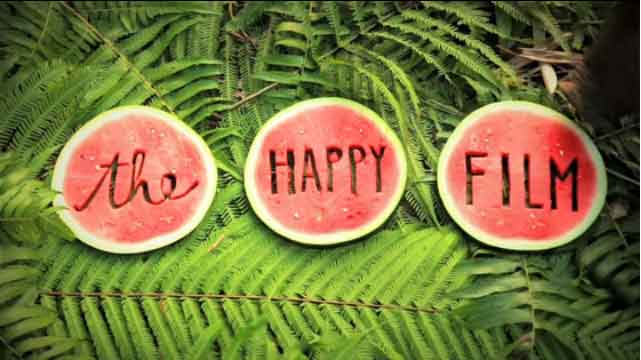 For those of you unfamiliar with Kickstarter, here’s the down-low:

Thousands of creative projects are funding on Kickstarter at any given moment. Each project is independently created and crafted by the person behind it. The filmmakers, musicians, artists, and designers you see on Kickstarter have complete control and responsibility over their projects. They spend weeks building their project pages, shooting their videos, and brainstorming what rewards to offer backers. When they’re ready, creators launch their project and share it with their community.

Every project creator sets their project’s funding goal and deadline. If people like the project, they can pledge money to make it happen. If the project succeeds in reaching its funding goal, all backers’ credit cards are charged when time expires. If the project falls short, no one is charged. Funding on Kickstarter is all-or-nothing.
–kickstarter.com

Sounds great, right? The neat thing about the Kickstarter platform besides allowing creatives to crowdfund is that to incentivize contributions, the creatives create rewards for pledge tiers. For instance…

Stefan will pick you up on the North East corner of Tompkins Square Park (New York City) in a 1968 Firebird Convertible (it’s a rental!) and you’ll drive through Manhattan in the rain playing his 10 favorite songs.  In case it does not rain he’ll bring a water gun. You will be dropped off at a random street corner and he will speed away.

Uh.. I’m in! Anyone want to loan me $500? Sadly (for my dream of riding in an open convertible in the rain with Stefan Sagmeister anyhow) the funding was met within 5 weeks of the kickstarter launch in September of 2011 . In any case, Things I Have Learned in My Life So Far is a very interesting book and the kickstarter trailer is a lot of fun so you should definitely check it out. The film is scheduled for release in 2013.