I’ve mentioned Peter Ferguson before but just as a refresher, he is a is a mind-bogglingly talented Montreal artist that I have the good fortune to count amongst my friends. Ferguson has worked as an illustrator and artist for many years, and has done work for pretty much every Canadian magazine an illustrator could hope to work for and a slew of heavy-hitter international publications, plus a Marvel comic, plus book illustration, plus gallery shows, et cetera and soforth. In March he will be returning to Roq La Rue Gallery in Seattle and in advance of the show the gallery has released a sneak peek at some of the work he will be showing.

Ladies and gentleman, I present “The Opening Salvo of the Duck War”. 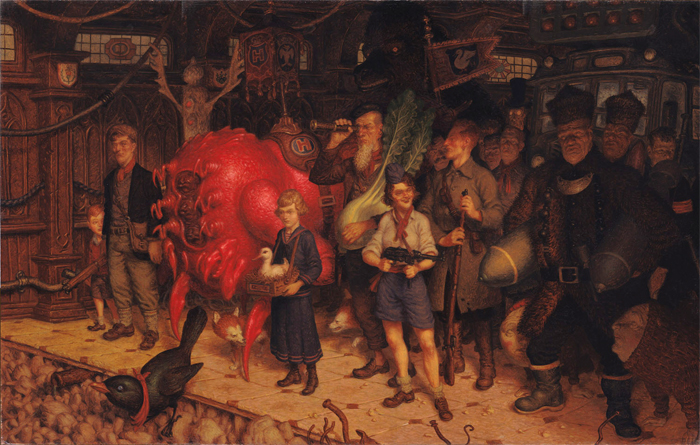 Peter Ferguson – the Opening Salvo of the Duck War – oil on panel, 2013

I mean, really. This piece is amazing. If your mind is insufficiently blown, here’s a detail view: 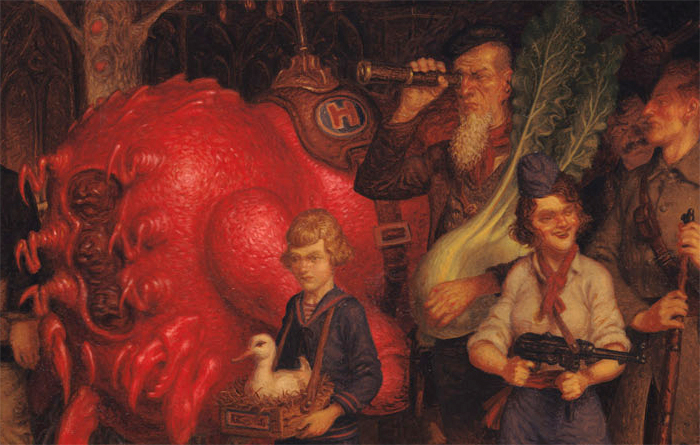 If you’re lucky enough to be in Seattle in March, I strongly recommend visiting this show. If you’re interested in seeing some more of his work, Ferguson is represented as an illustrator by Three In A Box, and more of his work can be seen on his website. Of course there’s also an earlier post on this blog.