A while ago I wrote about Martin Wittfooth, but to recap:

Martin Wittfooth is a painter who lives and works in Brooklyn, NY. He was born in Toronto, Canada in 1981 but spent most of his childhood in Finland. He’s a heck of a painter, with a focus on animals and apocalyptic imagery.

The reason I’m writing about him at this point in time is that while perusing Hi-Fructose online, I saw that Wittfooth has a solo show of new work coming up at the Cory Helford Gallery titled “Empire”. It looks pretty awesome, as one might expect from his earlier work. 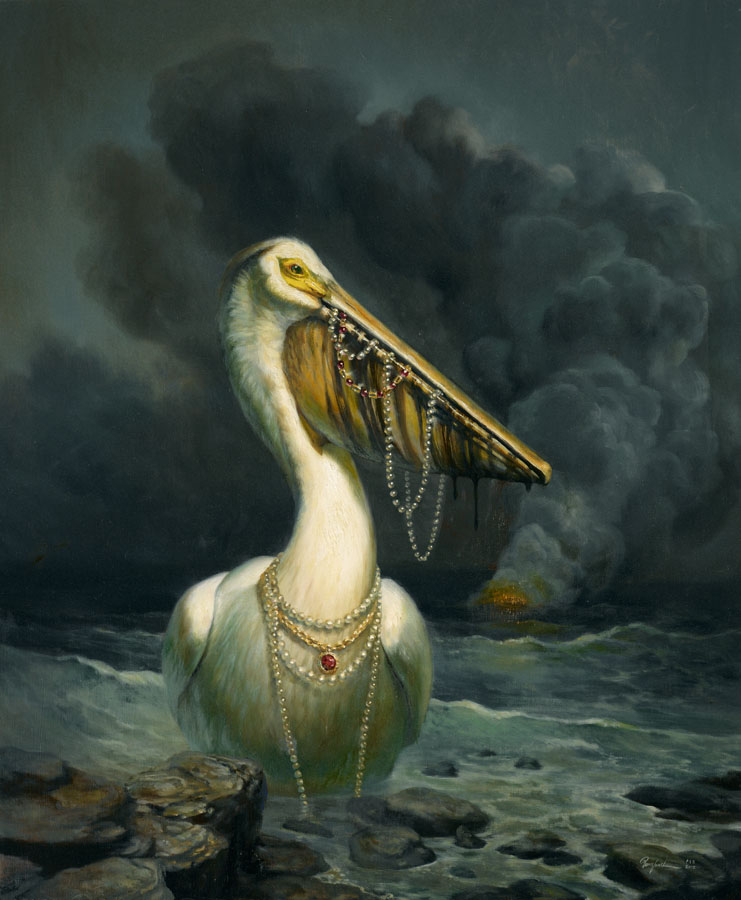 “The show is titled ‘Empire,’ and thematically explores various facets of that notion through a modern-day filter: how the behaviors of modern empires parallel those of history, and the dynamics of power and hierarchy that have always characterized them. Some of the works in the show take an allegorical approach to specific contemporary topics inherently tied up in the idea of the modern empire,” Wittfooth explained. “The term ‘empire’ has gotten an arguably bad reputation in the modern world, as history will tell us it suggests notions such as greed, conquest and dominion. Despite the protests of naysayers of the idea that the world of today is still largely in the grip and command of the empirical model, it is hard to ignore the lingering sense that history is simply repeating itself.”
– Martin Wittfooth , from Hi-Fructose Magazine 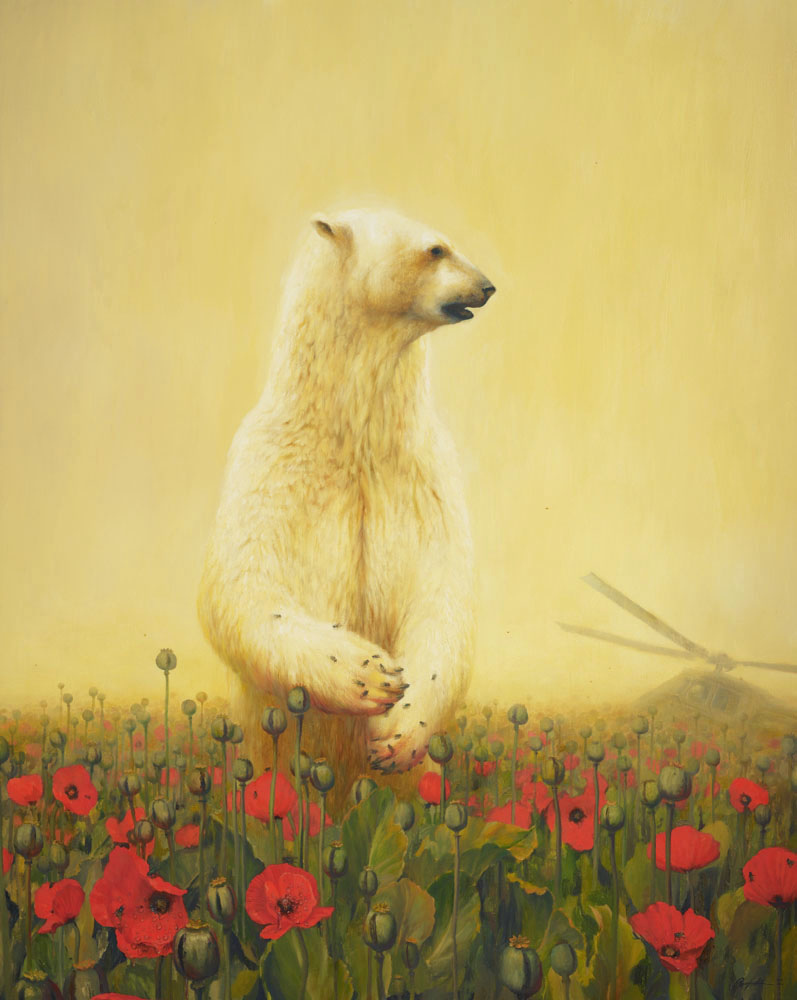 This new series employs the same allegorical imagery featuring animals that I admire in his earlier work, but the compositions have become less pictorial and more iconographic – these are less like snapshots of a post-apocalyptic world and more like tarot cards, where each element bears a weightiness of implied meaning. in any case, I like them a lot. Take this piece, “Empire” – the stock market bull (riffing off the Minoan bull) juxtaposed against the skyline of New York (as seen from the Empire State Building), balanced on a girder (implying the construction of the Empire State building), swarmed by swallows (a symbol of birth). That’s some pretty rich allegory, there. 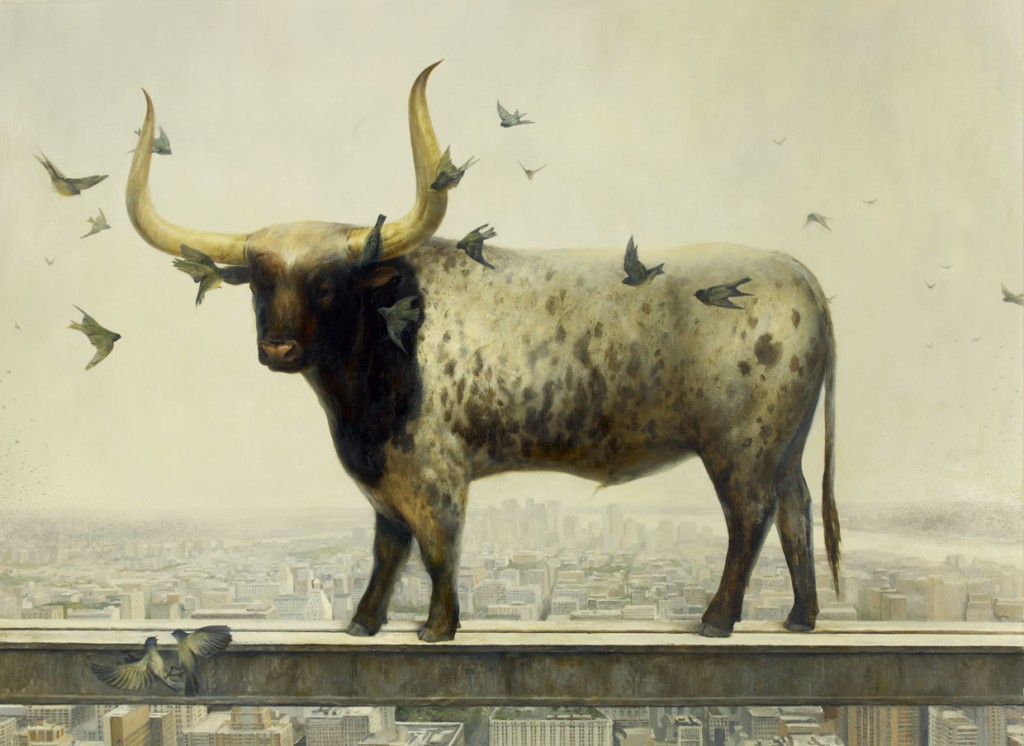 Wittfooth’s new show opens Saturday September 15th, at Corey Helford Gallery. More of his work can be seen on his website.

Bonus: the artist at work. 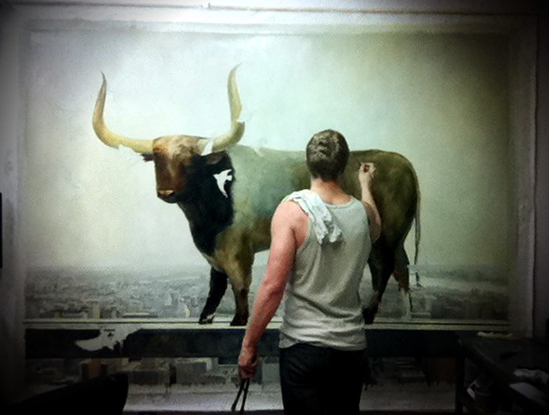