The Redemption of Salvador Dali

One of my personal favourite artists is Salvador Domingo Felipe Jacinto Dalí i Domènech, 1st Marqués de Dalí de Pubol (May 11, 1904 – January 23, 1989), more commonly known as Salvador Dalí. Or even more often, as Salvador Dali – without the diacritic mark on the “i”. The Persistence of Memory, 1931

I’ve seen that disdain. When I was in art school, my instructors cautioned me against enjoying Dali’s work, and that of most of the surrealists in general. Sure, his work is technically good, they would say,  but it’s too easy. We heard that in art school a lot about the work of various artists; too “easy” basically meant not challenging enough, something that could be enjoyed without thinking about it too much, basically implying that anything you could just “enjoy” was decorative work with no real “artistic” value. Now, I personally think that’s a load of crap, but it goes a long way to explaining why fine art has so vigorously turned its back on figurative realist painting – but I digress.

Back to Dali, even those critics who can “forgive” that his work is easy to enjoy like to dig into Dali’s public persona with the intent of explaining away the effect of his art by dissecting his bizarre proclamations and even more bizarre lifestyle, attributing his work to oddities of neurosis and fascist dreamings. I believe that Dali at his prime was never serious, but always sincere.

What counts as his prime is a matter of some debate, though – there are many that insist that Dali never created work of any significance after he was kicked out of the surrealists, and that he wasted much of his genius in self-promotional antics, devolving into self-parody.

When Dawn Ades of England’s University of Essex, a leading Dalí scholar, began specializing in his work 30 years ago, her colleagues were aghast. “They thought I was wasting my time,” she says. “He had a reputation that was hard to salvage. I have had to work very hard to make it clear how serious he really was.”
Smithsonian Magazine – Stanley Meiser –  April, 2005

I believe quite the opposite of all the negative sentiments; Dali was a true genius, I believe that he was the first real pop artist, bridging early modernism and postmodernism, and I also believe that his antics were a form of self promotion that are not entirely unlike what we now expect from every artist in the age of celebrity from fine artists like Jeff Koons to street artists like Banksy. Basically, Dali was an icebreaker churning up the seas of modernism in a way that can only really make sense to viewers and art lovers in the post-modern phase of painting. The Temptation of Saint Anthony , 1946

People have tended to dismiss the late work as a whole, all 40 years of it,” says Dawn Ades, a leading Dalí specialist and cocurator of the Dalí retrospective opening on the 16th of this month at the Philadelphia Museum of Art (through May 15). “But when you look more closely, you see that Dalí is in fact a sort of cusp between modernism and Pop art. It becomes a much more interesting problem, and much trickier.
The Great Late Salvador Dalí –  George Stolz January 2, 2005

Now, it is worth knowing that according to Modernist art critics, Salvador Dali ‘s prime ended in 1939. That was when he was kicked out of the Surrealists headed by André Breton, and left Paris for New York. Bréton was a very active socialist and envisioned surrealism as a kind of revolutionary art form something along the model of Leon Trotsky’s notion of art as a revolutionary practice. That Dali refused to disavow the rise of fascism in Spain under Franco was too much for Bréton, who already disliked Dali’s desire to actually make money from his art to the extent that Bréton renamed “Salvador Dali” as “Avida Dollars”. It was a pretty serious diss, but Dali never made a secret of wanting to get rich making art. He also enjoyed the attention of being shocking, which goes a long way to explaining his open support for fascism – especially considering that in his youth he was a communist, at a time when being a communist could get you thrown in jail, which it briefly did, for two months, though the prison records have disappeared.

Was any painter a worse embarrassment than Salvador Dali? Not even Andy Warhol. Long before his physical death in 1989, old Avida Dollars — Andre Breton’s anagram of his name — had collapsed into wretched exhibitionism. Genius, Shocker, Lip-Topiarist: though he once turned down an American businessman’s proposal to open a string of what would be called Dalicatessens, there was little else he refused to endorse, from chocolates to perfumes. He was surrounded by fakes and crooks and married to one of the greediest harpies in Europe: Gala, who made him the indentured servant of his lost talent even / as he treated her as his muse.

Nevertheless, Dali was an important artist for about 10 years, starting in the late 1920s. Nothing can take that away from him. Other Surrealists — especially Max Ernst and Dali’s fellow Catalan Joan Miro — were greater magicians; but Dali’s sharp, glaring, enameled visions of death, sexual failure and deliquescence, of displaced religious mania and creepy organic delight, left an ineradicable mark on our century when it, and he, were young. Dali turned “retrograde” technique — the kind of dazzlingly detailed illusionism that made irreality concrete, as in The First Days of Spring, 1929 — toward subversive ends. His soft watches will never cease to tick, not as long as the world has adolescent dandies and boy rebels in it.
ART: Salvador Dali: Baby Dali Robert Hughes, July 04, 1994

So that’s the respected art critic Robert Hughes – contrast that with this statement from Dali some 30 years after his “prime”:

I think it’s pretty clear that Dali was well aware of both his clownish reputation and its relationship to his intent as an artist. That said, in recent years Dali’s entire career has been enjoying a redemption in critical circles.

For years art critics wrestling with this problem were forced to carve up his 70-year career into the “good” Surrealist years and the embarrassing “bad” decades (…) a landmark exhibit at Paris’ Pompidou Center (…) aims to rewrite the art history books. It shows how his mass-media period, shunned by critics, was in fact extremely influential and must be reconciled with his early work to fully understand the scope of his genius.

“The surrealists said that we shouldn’t like his ‘bad’ years… But we can no longer ignore their influence on art in the 50s, 60s and 70s,” said curator Jean-Michel Bouhours.
(…)
“We are not babies,” said contemporary artist Orlan, who viewed some of Dali’s later work for the first time at a preview of the exhibit. “We must see Dali warts-and-all for ourselves, and make up our own minds independently. Yes he was a show-off, but so are many artists. Why have we censored him?”

Personally, I prefer Dali’s later work, especially his atomic period. While the virtuosity in his early work like “the Persistence of Memory” (1931) is undeniable, there is a depth and complexity to work like “Portrait of my Dead Brother” (1963) that Dali’s early work only foreshadows. As Dali himself said in 1960,”Compared to Velazquez I am nothing, but compared to contemporary painters, I am the biggest genius of modern times … but modesty is not my specialty.” 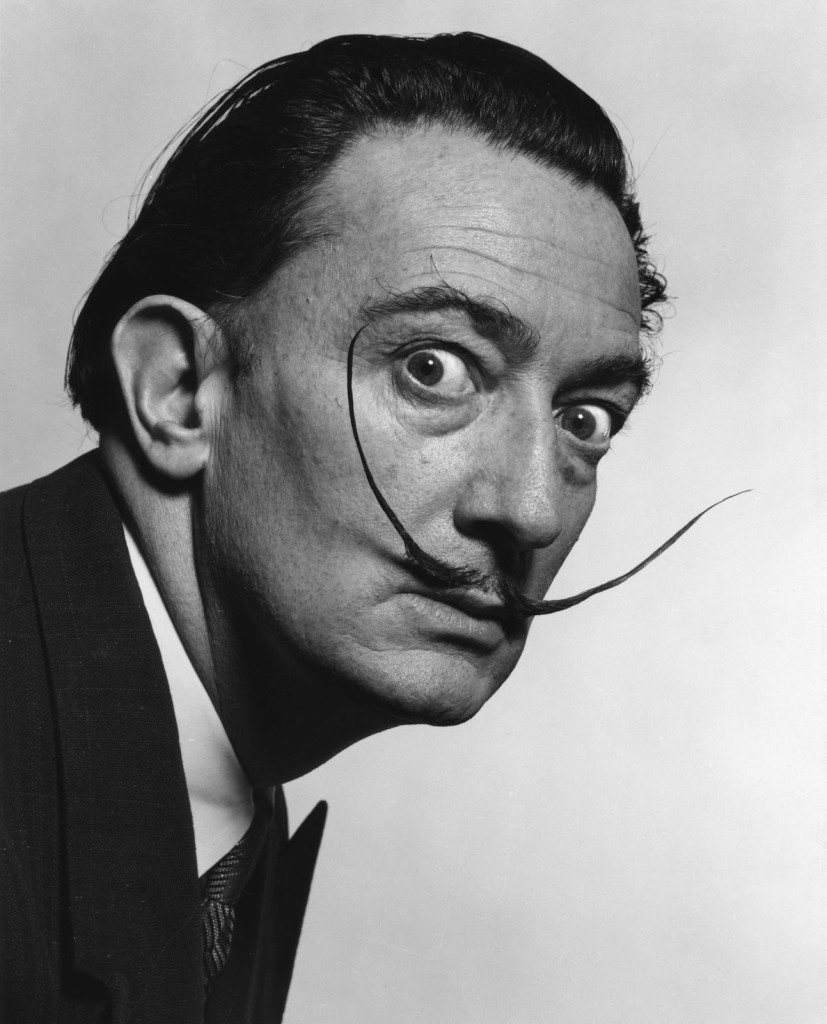 Fun art fact: if you watch the TV show “Archer” you know the pet ocelot, Babou. Salvador Dali actually did have a pet ocelot. Its name was Babou. If you would like to learn more about Dali’s work throughout his lifetime, the book “Dali by Dali” is an excellent starting point. Dali himself talks about his life, his work, and his intent, giving a lot of insight than a more academic history. Of course the possibility that he’s making most of it up is a strong undercurrent, but that’s all part of Dali’s showmanship. Of course, if you prefer a more academic history, Dawn Ades played a big part is restoring Dali’s reputation, and her book “Dali and Surrealism” is pretty much definitive.

← Grey not Grey Update
Back at the sketchbook →