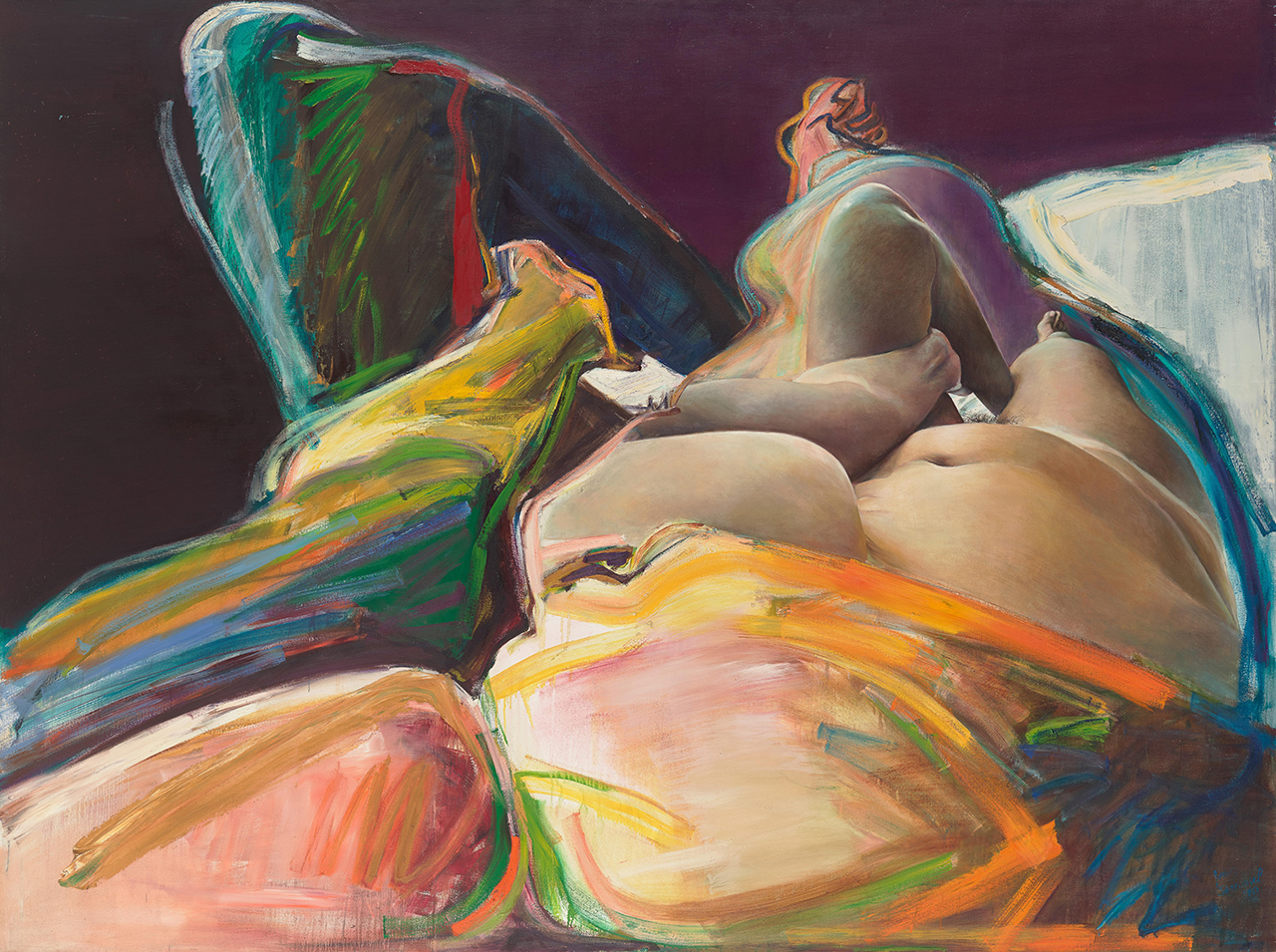 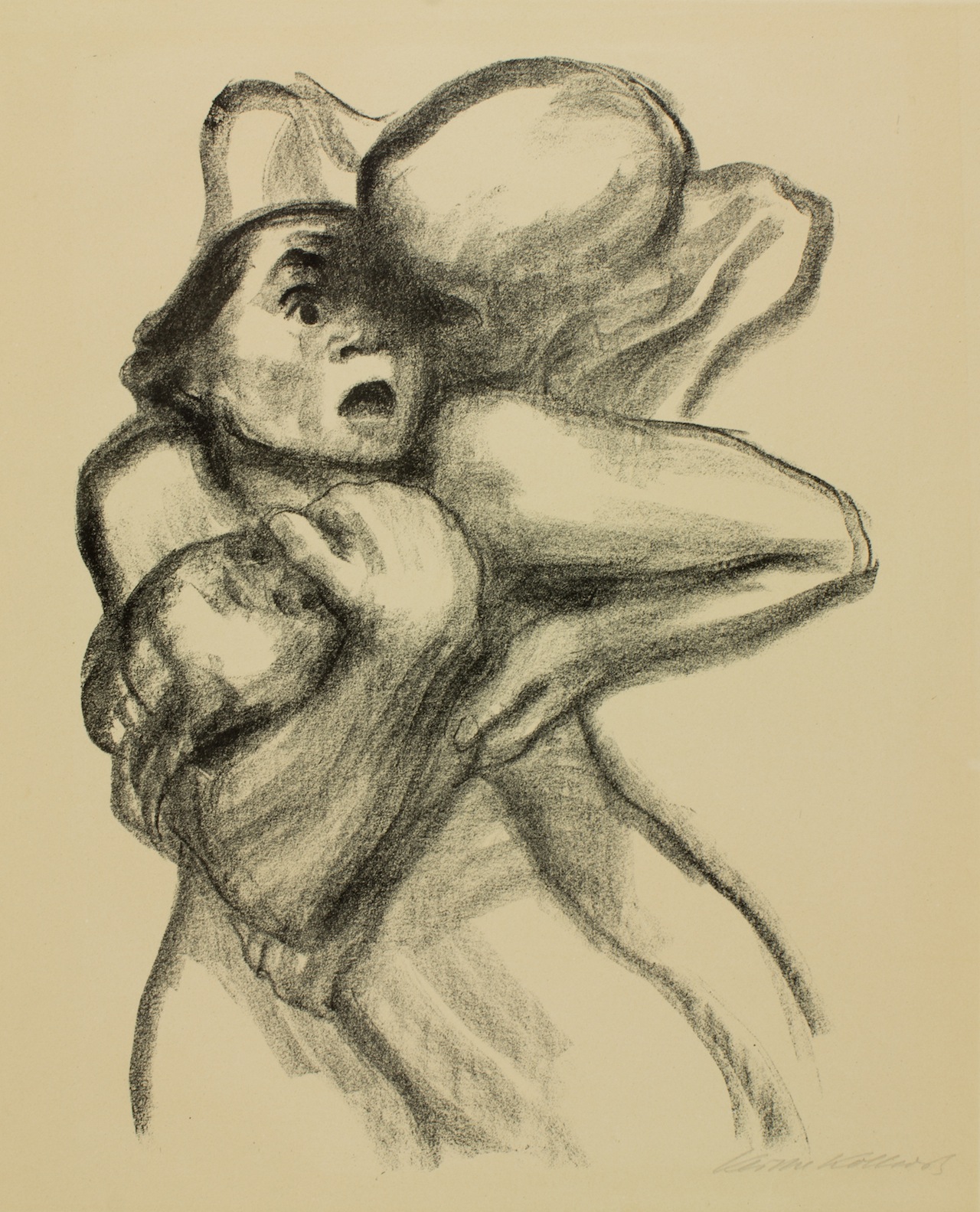 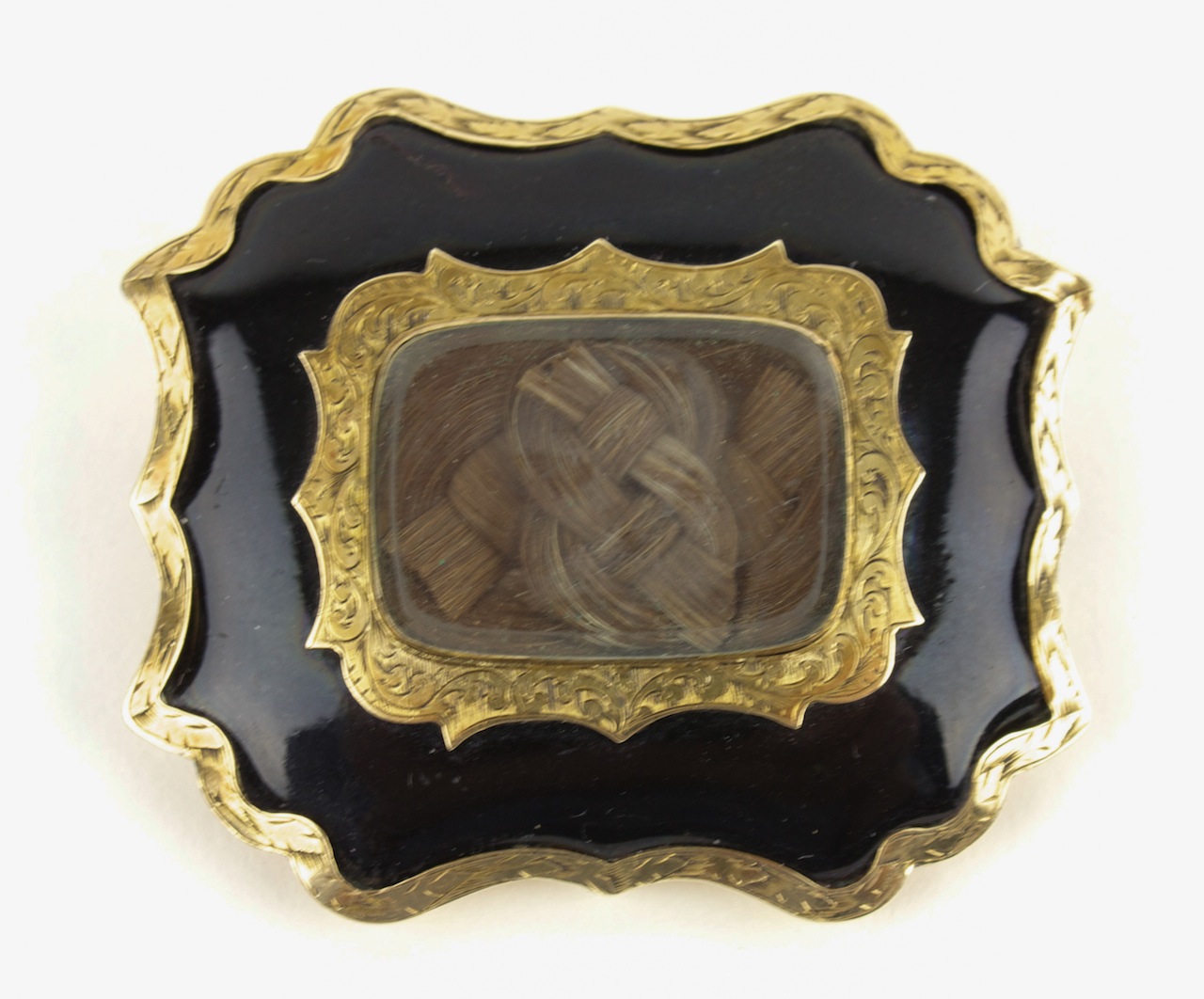 The Allure of Enigma

Long before the days of Pinterest and Tumblr I would save images that I found compelling to my computer so that I could peruse them at my leisure. The folder now contains a few hundred images. I use them as a screensaver with my Apple TV. When I got into Tumblr, I used them as my seed posts. This is around the same time that Google Image Search came into being, which was fantastic in that most of these images were unattributed and, as we are constantly reminded by content creators, images should always be attributed. Of course, most of these images had been around for so long that they were devoid of any context other than having pinned, posted, hearted, liked, faved, et cetera so the main Google Image Search result would be pages and pages of reposts – all without attribution. In those cases, I would not repost the images, but I would keep them in a folder on my computer, and would see them appear on my TV screen over the years.

Not knowing the provenance of these images removed them from any kind of context; I have come to view them as a sort of coincidental category of art, like conceptual art without authorial intent. Stripped of any meaning other than the images themselves, I was forced to contemplate them entirely on their own terms. Subject matter, composition, and visual styles were my only cues.

One of these images is a picture of a burning locomotive. 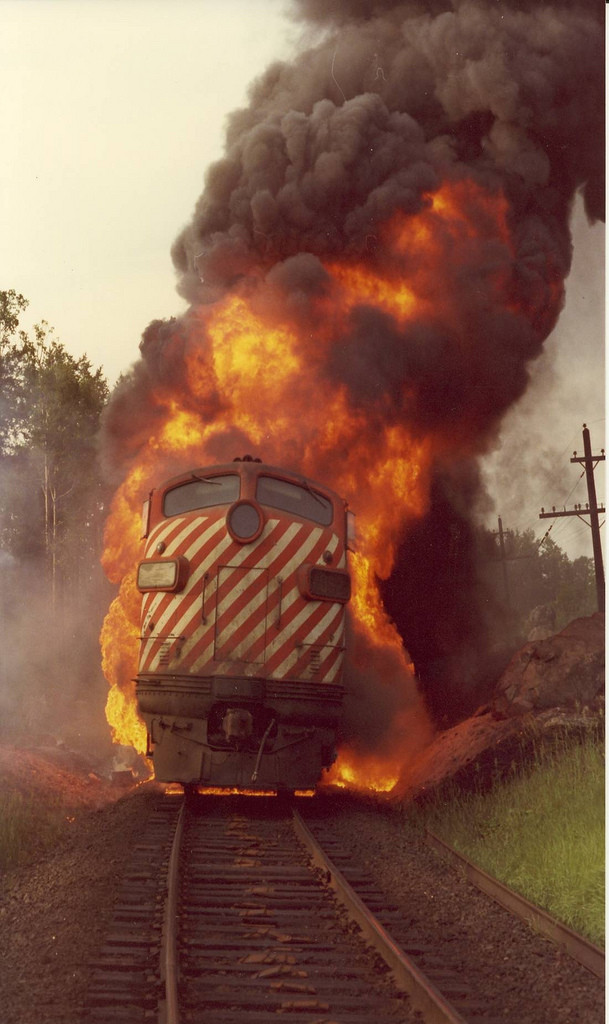 The locomotive is CP, which is the Canadian Pacific Railway, so this is probably a photo from somewhere in Canada. But where? I like to imagine it in the remote wilderness. There is something inherently jarring about railways in and of themselves. The vast distances the railway spans, the brute imposition of industry on the wilderness, the raw effort required to build the railways from one end of the continent to the other all come to mind. Building the Canadian Pacific Railway (1881-1885) was referred to at the time as “the National Dream”. Driving the last spike joining The Atlantic to the Pacific by rail is considered one of Canada’s great mythological moments, uniting the nation in a truly physical and economic way for the first time since its Confederation in 1867. In effect, besides the physicality of a locomotive as a huge, powerful machine, there is also a mythological component in the context of Canada’s relationship with nature when we look at a railway.

The forest could be anywhere in Canada. As Natural Resources Canada puts it, “With nearly half of Canada’s entire land surface covered by trees, it’s little wonder that forests and their resources touch virtually every aspect of Canadian life.” Indeed. The vastness and solitude of Canada’s forested wilderness is on an order of magnitude that is difficult for a city-dweller to comprehend. To me, the most magnificent things about being in a forest are the peacefulness, the quiet, and the stillness. You are also immediately aware of how alive everything is. There’s the smell of vegetable decay and fresh growth, the wind in the trees, the flowers, mosses, mushrooms and funguses cascading through the undergrowth. Now drive a railway through that. The image becomes a kind of allegory about the imposition of human will upon the untamed wilderness and soforth.

The image of a locomotive travelling through a forest implies a lot of things, but having that locomotive engulfed in flames brings it to a completely different level. There is only an implied human element here in that the machine is man-made, so essentially what we are faced with is a scene of chaotic destruction framed by wilderness, essentially a landscape image more than a journalistic one when removed from any context. There is an absurdity inherent in the image that makes it almost like a photomontage. As Max Ernst once said, “Collage is the noble conquest of the irrational, the coupling of two realities irreconcilable in appearance, upon a plane which apparently does not suit them”. This pretty much sums up my relationship with the image in a nutshell: irreconcilable realities all looking to consume one another. Essentially, I look at this picture as an enigmatic allegory of man’s relationship with nature.

This was before Google Image Search improved its algorithm.

Now I know the locomotive was the 130-ton diesel-powered CP 4062, an FP7 Built by General Motors in 1952. I know that the photo was taken on July 8, 1975. I know that the fire took place near White River, Ontario, a small town about halfway between Sault Ste.Marie (or “the Soo” as locals call it) and Thunder Bay. I know that White River is most famous for being the birthplace of the bear that inspired Christopher Robin to name his teddy bear Winnie-the-Pooh. I don’t know if anyone was harmed in the fire. I also don’t know who took the photograph. I don’t know what the train was hauling. I imagine with a bit more research I could find these things out and more, but I don’t want to. I want my enigma back. Now this photo is no more interesting to me than a picture in a newspaper. It’s not art anymore. It’s no longer a thing to be wondered at, it is an incident. I left it in the screensaver folder, but won’t look at it the same way. By gaining meaning, it’s lost something.

While I agree that image bloggers should give attribution to content creators whenever possible, I think that maybe sometimes the viewer should allow themselves the luxury of mystery. The allure of enigma is part of what makes an image compelling.

Hey art nerds, it’s Museum Week! If you are on Twitter, the hashtag ‪#‎MuseumWeek‬ will bring you a selection of interesting items from museums from around the world. Each day has a theme… today, it’s secrets. Check out the twitter blog to learn more – https://blog.twitter.com/…/museumweek-2015-kicks-off-around… – over 2,000 museums from around the world are participating. Lots of very cool tweets so far! 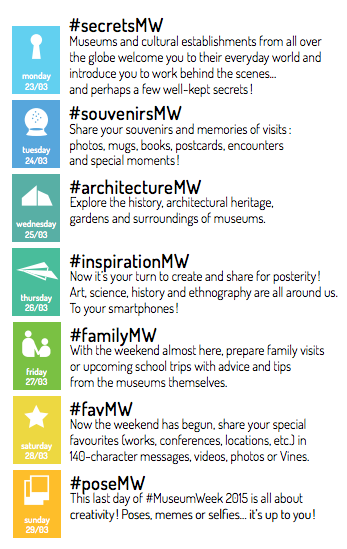 Day in the life of a street artist: MadC

Claudia Walde, known as MadC, is a graffiti artist from Germany who is known for her large scale outdoor artistic works.

MadC started her artistic trajectory as a teenaged graffiti writer, and has since then developed her creative endeavors into various fields such as graphic design, writing and fine art. She has studied at both Burg Giebichenstein – University of Art and Design, Halle and Central Saint Martins College, London, and carries a master degree in graphic design. MadC is also author and designer of two books on street and graffiti art Sticker City – Paper Graffiti Art (2007) and Street Fonts – Graffiti Alphabets From Around The World (2011) (both published under her birth name).

Her major international breakthrough came however in 2010 with the production of the work that has become known as the “700-Wall” – a 700 square-meter work along the train line between Berlin and Halle. This painting is most likely the largest graffiti mural created by a single person, and it was finished in four months.

Her style is so fresh, so clean. Watching her work is truly an inspiration.

This video is via Google Cultural Institute, and well worth watching if you have even a passing interest in thae art of the can:

Happy Saint Patrick’s Day! Of the many images of good old Saint Paddy I am fondest of this one. Painted in 1877 by Briton Riviere, it is in the collection of the Liverpool National Museum. Legend has it that in 433 A.D. Saint Patrick was en route to see the king, but he knew that Loeguire, the High King of Tara was planning to ambush him. Saint Patrick and his group chanted a hymn of his own composition, the first written in Gaelic – “the Deer’s Cry” (aka Saint Patrick’s Prayer, Saint Patrick’s Breastplate, or the Lorica), and all Loeguire and his men saw when Saint Paddy’s crew passed by was a red doe followed by 20 fawns. 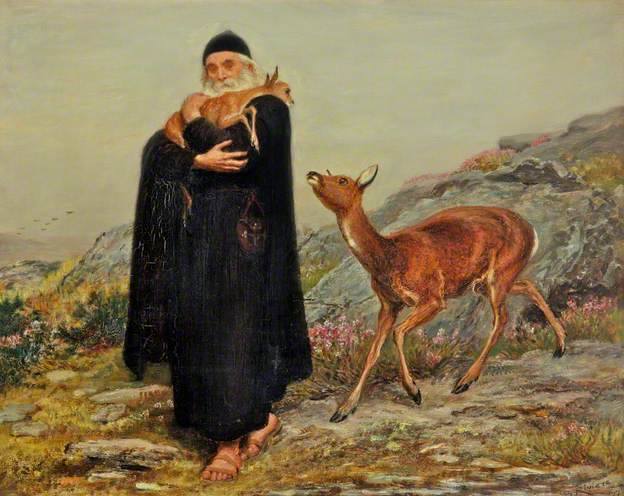