September 26, 2012 · by Ian Rogers · in Calligraphy and Lettering, Drawing, Illustrators, My Sketchbook

Another collective noun – today, a Rake of Colts. In looking up information regarding this collective noun, I found out that colts are specifically uncastrated male horses under four years old. 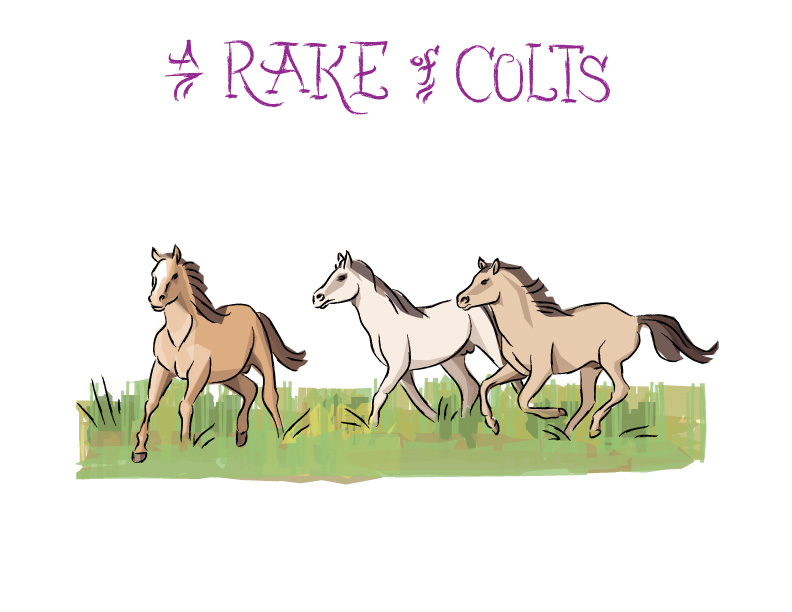