I was recently contacted by  Mathieu St-Pierre, a glitch artist from Montreal that now lives & works in South Korea. “But wait”, you say, “What is this glitch art you speak of?” Ah, glitch art. Such a fascinating manifestation of our digital age. A byproduct of our collective technolust for ever-better digital reproduction, the lossy, corrupted or simply defective output that our devices barf back at us are oddly compelling.

In a technical sense a glitch is the unexpected result of a malfunction. The term is thought to derive from the German glitschig, meaning “slippery”. It was first recorded in English in 1962 during the American space program by John Glenn when describing problems they were having, Glenn explained, “Literally, a glitch is a spike or change in voltage in an electrical current.”

Glitch is used to describe these kinds of bugs as they occur in software, video games, images, videos, audio, and other forms of data. The term glitch came to be associated with music in the mid 90s to describe a genre of experimental/noise/electronica (see glitch music). Shortly after, as VJs and other visual artist like Tony (Ant) Scott began to embrace the glitch as an aesthetic of the digital age, glitch art came to refer to a whole assembly of visual arts. 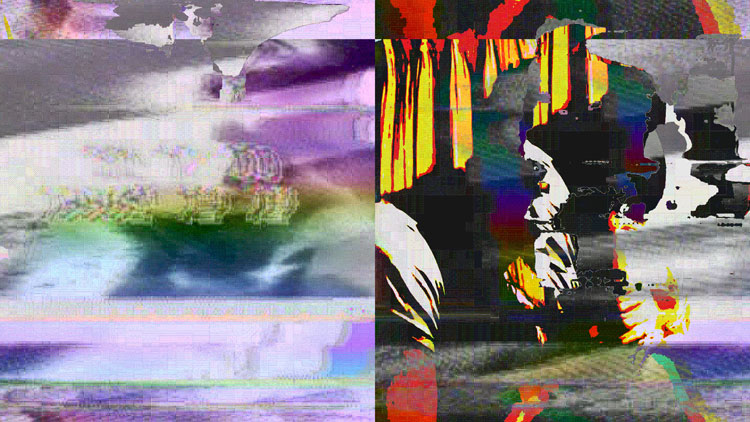 Mathieu St-Pierre’s main body of work is intentionally corrupted video stills, an influence from his background in film. His artist’s statement gives a pretty clear idea of his intentions, so let’s cut right to the chase here:

Mathieu St-Pierre is a Canadian artist who focuses on visual artifacts
created by various computer programs and from the more traditional
analog video signals. The consequence of those imperfections and
corrupted files are his landscapes and narrative images (stills).
Also, having a film background helps him to compose with emerging
medias and explore new possibilities of the digital canvas.
The images not only document the fragility of those virtual data, they
are often capable of triggering memories and associations from real
world life experience. We are consequently faced with electronic
malfunctions in the realm of pixels versus the perfect imagery. 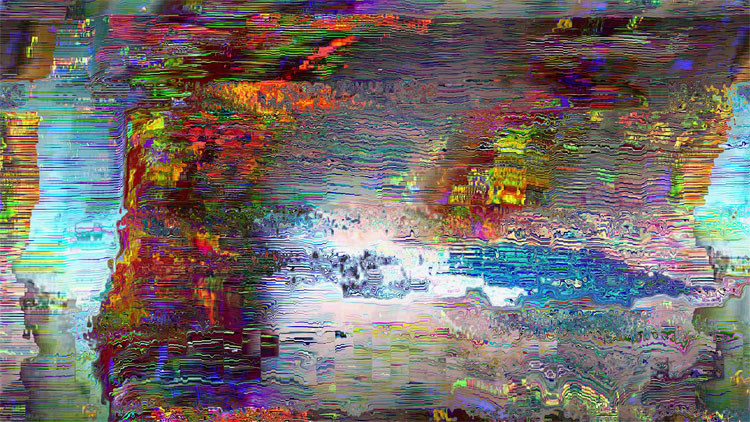 I guess the question with glitch art is whether the glitch is a manifestation of the “real”, i.e.; the natural world infiltrating the technological world. Is the glitch more authentic than the intended image, or less? Outside intention, which is signal, which is noise? It’s fascinating how a few misplaced characters here and there transform a video still into a visual cacaphony. 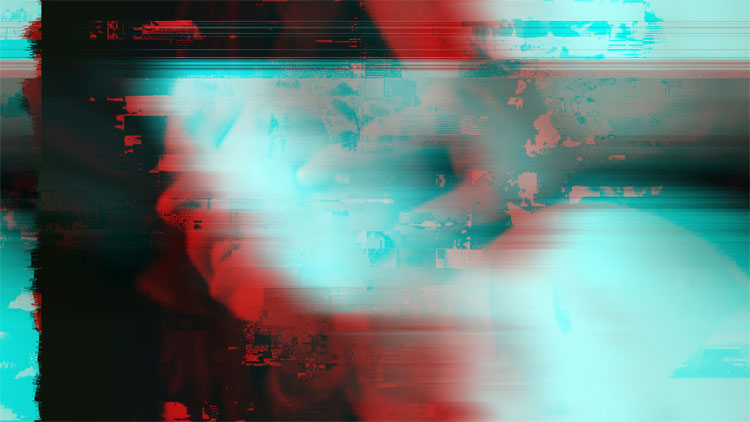 More of Mathieu St-Pierre’s work can be seen on his website or via his Book of Faces page.