So, I was talking with a friend today about conceptual art and it got me to thinking. Before I go on at great length, it’s worthwhile to briefly describe what conceptual art is. In 1967, Sol Lewitt, one of the original great proponents of the movement described it thusly:

In conceptual art the idea or concept is the most important aspect of the work. When an artist uses a conceptual form of art, it means that all of the planning and decisions are made beforehand and the execution is a perfunctory affair. The idea becomes a machine that makes the art.
-Sol Lewitt

Personally I look at most forms of modernism and especially conceptualism as a “get it?” moment. It’s not that this kind of art is a joke, but that it relies on the same reflex of juxtaposition and inversion as a joke does. Modernism is essentially reactive. Conceptualism is the event horizon of modernism as defined by such “great men” as Clement Greenberg who advocated art for art’s sake, claiming that painting (for instance) should avoid anything except “pure” painting – no perspective, no external subject, no picture plane, no frame… Essentially conceptualism goes one step further and has no object. Get it? I mean, yes, it does make me laugh, but I understand that it’s serious. There’s an undeniable undercurrent of humour, but hey, much of wit and cleverness is based in humour to some extent. 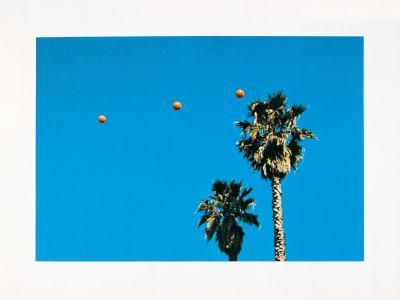 Back to my earlier comment – positioning work that looks like snapshots as art simply because that’s your intent sounds like conceptual art to me. For instance, talking about art photography, I’m really into surfaces, and I look for interesting juxtapositions of form and texture, often incorporating light and reflection. It’s not documentary photography, I don’t think, in that I’m capturing fleeting impressions. I do call it art. However, I’m often snapping pics on auto with my cheapo point-and-shoot or instagramming off my iPod (not even an iPhone) so it’s not like the shot is about craft – especially as my main means of dissemination is through social media. These, for example, are a few of my instagram shots. 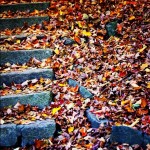 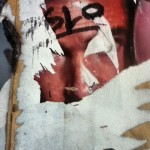 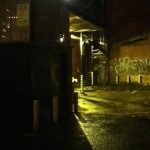 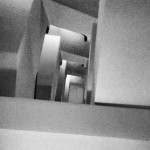 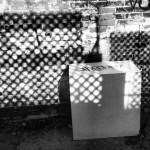 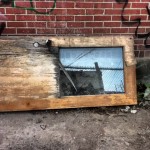 On instagram you can tell the art photographers from the snapshot takers, and it’s all about the image, right? You can tell the difference between the what-I-ate, my cat, duckface , vacation shots types and the “art shots”. 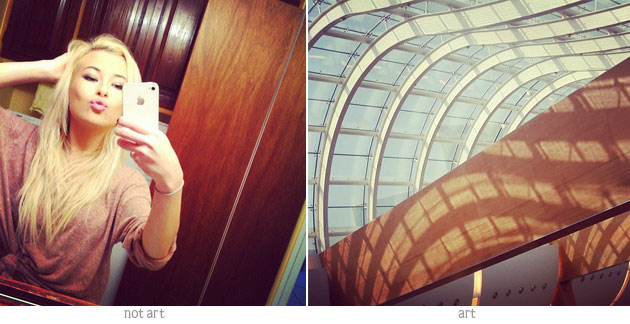 This strikes me as a stance pretty closely aligned to “it’s art because I say it’s art” à-la Duchamp, which is essentially what conceptual art is all about (at least in one sense) – especially if there’s no real photographic “craft” involved. 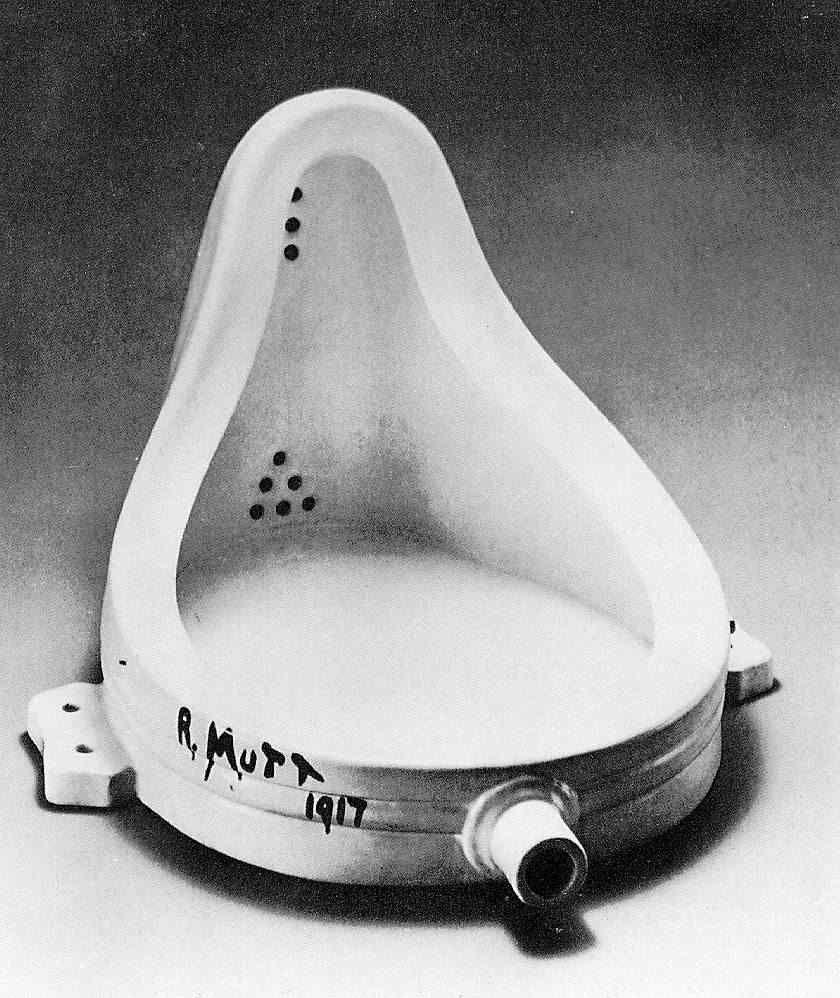 What I’m getting at is that conceptual art is generally derided outside the fine art world, but art photography that resembles conceptual art (in a formal sense) is very much praised and celebrated, especially in social media. I’m still uncertain how this came about, but I do think that this counts as a populist expression of conceptual art.

In any case, it’s certainly food for thought.